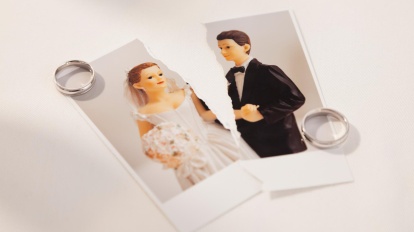 Yesterday, while driving home listening to the radio, the DJ mentioned that there is a growing trend on married couples nowadays – happily, living apart from each other. Like thousands of miles apart.  The couple he referred to had one living in New Zealand, the other in the United Kingdom and she was happily pregnant. He didn’t say anything about the duration of time apart, but, from how he was segueing into the topic, the couple each had a home, signed a contract, and figuratively speaking, happily went their separate ways.  My mind, almost automatically, went first to, “Is it his?” to, “Is he military?” and then, was searching for a way this equaled happiness among married couples.  I had arrived home by then, and didn’t stay to hear the listeners’ call-in response, so this is a question still left unanswered to me.

This morning, I tuned into a preacher’s sermon and he mentioned how he had been told by fellow believers and members in his congregation, that God had given these individuals “signs” to prove that they needed to get a divorce.  He emphatically stated, “Let me be clear, God is NOT giving anyone signs for divorce…” 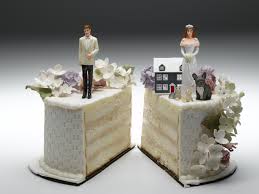 Different Strokes for different folks, yes, I get that, but I guess why I’m having a hard time understanding the choices the above individuals are making, is because I have come to the understanding that marriage is an outward display to show others what patience, kindness, encouragement, trustworthiness, is supposed to look like towards another human being. All relationships do this in some way, but this is one where a stranger, not joined by blood, must connect with another and be these things to each other. I have personally watched and (unbeknownst to them) studied couples, (when I didn’t believe in marriage and what it represented,) and have seen them, not be envious, but supportive, protective, and bring out the best in each other.  They were the ones who gave me a shred of hope.

You see, whether or not a person likes it, they’re being watched (I’m not even talking about Big Brother or Alien Life Forms here), I’m saying closer to home.   A person may think that when they finally decide to be exclusive to another person, it is based on their personal happiness, but it’s not.  I think there’s a part inside each of us that watches and hopes that person, those two people who seem so happy at the moment,  has this “love thing” figured out to give us hope.  And every time a marriage ends, a little part of our hope dies.

During the days when I was an unbeliever in marriage, Bruce Willis and Demi Moore were my hope that even Hollywood could have stars maintain a healthy marriage.  To say I was crushed to see the tabloids at the checkout line, of their breakup, was an understatement.  I thought to myself, if they couldn’t do it, and they seem like two really nice people, why try?

After that, I saw the trend.

Every time Hollywood gets too involved in a married couple’s business, (or, a married couple are a little too out there in their marriage), I’ve noticed that it adds another chink in their armor.  The armor they vowed each other to protect, regardless if they mentioned God, or not.  It is implied that, in all the world, this one person standing next to you will be one who you can proudly and confidently say, “we finally found each other!” as the definitive statement and not a question.

I lovingly put these questions out there, not just to the readers, but to myself; when inside, I’m gnawing with frustration toward my own husband; sometimes audaciously, other times legitimately – What is it that you want? When will you ever be satisfied? And, why must the other person “get it,” but you expect to have grace when you mess up and fall short? Ugh..

I’m glad to say that my eyes at that point began shifting upward.  I began to understand that there were two school of thoughts about the human definition of “love” (regardless of language). Of course, there’s eros (sexual, physical love) , phileo (brotherly love)  and agape (unconditional love), but in regards to our heart, we want agape.  We know we want and deserve someone who is forgiving and patient with us.  We know when we’re misunderstood by that one person, we feel a million miles apart from our own heart.  We know how it’s suppose to feel – because when we don’t get it, we notice.  But how is it suppose to look?  It’s so rare, and we feel as though we’re the only ones struggling to get it right. Perhaps that’s why we look at other relationships so closely. 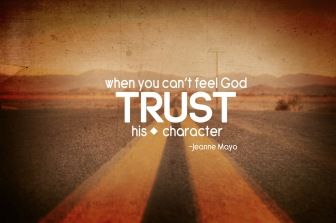 That’s why I am passionate about helping others find peace within themselves so they will seek out relationships that have the foundations set to mutually be solid, loving, peaceful, and lasting. And in the same the home. Consider this a sign to be encouraged.
Want to see if you and your honey are truly compatible, or find areas to work on?  Contact us here.

Ways to actually Enjoy the Journey of Finding your True One